In August I went on my sixth trip on Undersea Explorer. These trips provide fantastic photographic opportunities with subjects ranging from whales (if we're lucky) all the way down to tiny nudibranchs. On previous trips I have taken more than two thousand photographs over 20-22 dives. Unfortunately for this trip, I came down with the 'flu a few days before the start of the trip and didn't recover in time. Out of a possible 21 dives, I only completed 13 with less than one thousand photographs which was disappointing. Despite the 'flu, I did manage to get some pleasing photographs.

One of my goals for the trip was to get some decent photographs of whales and sharks and I had bought a Tokina 12-24mm lens and dome port specifically for this trip and this puprose. Dwarf minke whales are relatively common around the Ribbon Reefs in June and July. In fact, Undersea Explorer runs trips specifically for seeing and swimming with these whales during those months. The whales are sometimes spotted in late May and early to mid-August. The timing of this trip made the possibility of seeing and swimming with dwarf minke whales pretty good. On my 2006 trip, we saw and swam with whales on the 20th of August. Unfortunately I wasn't set up for taking photographs at that time.

I was thrilled on the first day while heading between dive sites that two dwarf minke whales were spotted. I had the camera set up with the 12-24mm lens, dome port and no strobes in a short space of time and was in the water on the snorkelling lines all ready. Disappointingly, the whales did not hang around. We also didn't see any more minke whales for the trip. We did see two humpback whales, but they were too far away and the boat doesn't usually allow swimming with them anyway. Of course, I still had sharks to photograph.

I took the 12-24mm lens for the shark attraction dive at Osprey Reef. I used a +2 diopter lens in the hope of keeping the images sharp write to the edges. The lens worked well, in principle, but the main problem is I wasn't close enough to the sharks. To get good photographs, I needed to be close enough to almost fill the frame with the lens at 12mm. The sharks were that far away that even at 24mm they were too small in the frame. I managed to get only one photograph with which I was mildly happy. 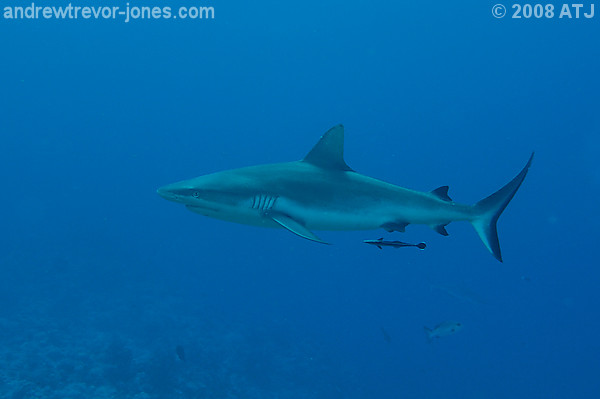 Grey reef whaler, Carcharhinus ambyrhynchos, at North Horn. Image has been cropped to about 75%.

I used the 12-24mm lens on a couple of other dives. On the night dive at Admiralty Anchor, it was useful to take photographs of a basket star. The basket star was quite large and with the lens at 12mm I was able to get quite close to it, reducing the amount of water between the port and the lens. On the same dive I was able to get a near macro shot of an Egyptian sea star. 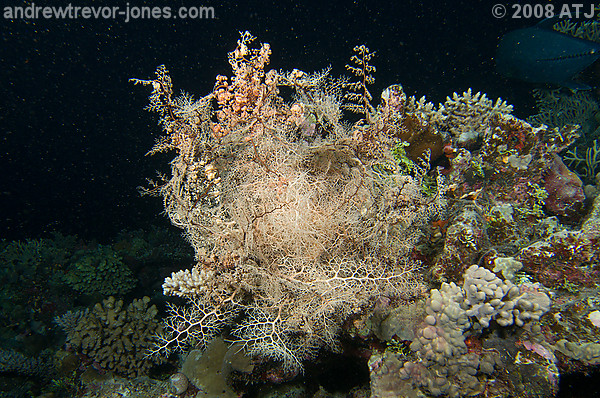 Basket star, Astroboa nuda, on the night dive at Admiralty Anchor. This image is uncropped. 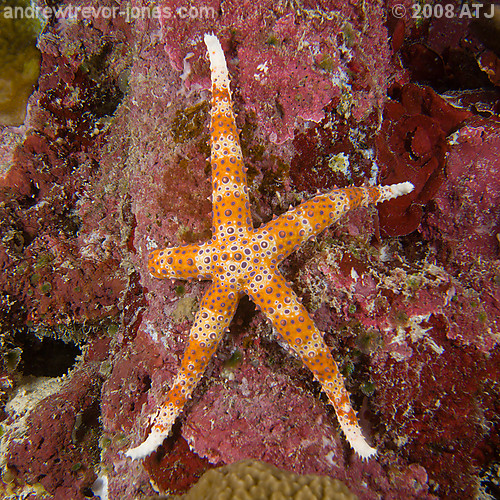 Egyptian sea star, Gomophia egyptiaca, on the night dive at Admiralty Anchor. This image has been cropped from 4288x2848 to 2345x2345.

The 12-24mm lens was also useful at The Cod Hole, renowned for large cod. This time I used a +4 diopter lens in the hope it would be useful for macro, too. The lens worked very well for the cod as well as for a cuttlefish seen on the dive. 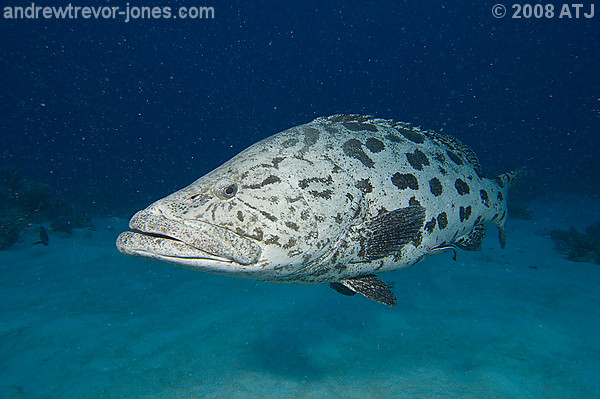 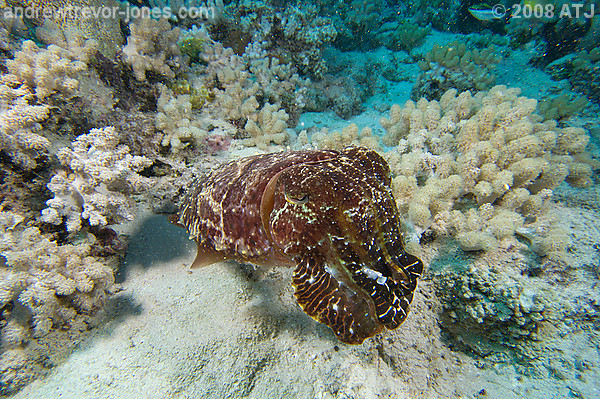 The Micro-Nikkor 60mm f/2.8D is actually my favourite lens but as it can be a bit restrictive when larger subjects are encountered, I only used it on the two dives at Steve's Bommie. Steve's has a lot of macro subjects so I knew I would get a lot of shots even if it meant I had to miss some of the larger subjects. The 60mm lens is also good for photographs of smaller fish and performed well. There are a few species of anemonefish on Steve's and I managed to get a few pleasing photographs of them. 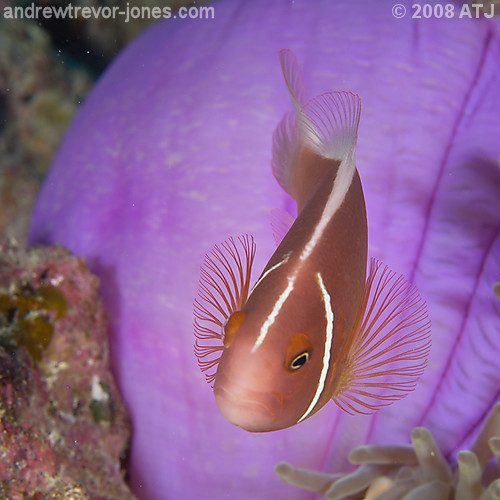 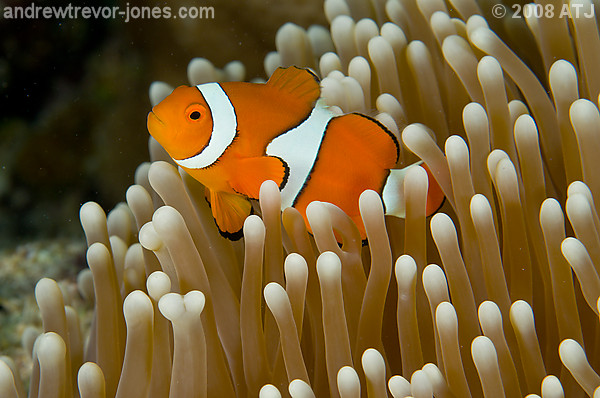 I got even more pleasing macro shots on the night dive at Steve's Bommie using the 60mm lens. At night the site just opens up with macro subjects, including flatworms, crustaceans (such as crabs and shrimp) and the beautiful sun corals. Of course, there are some non-macro subjects which can't be adequately captured such as large lionfish and basket stars. 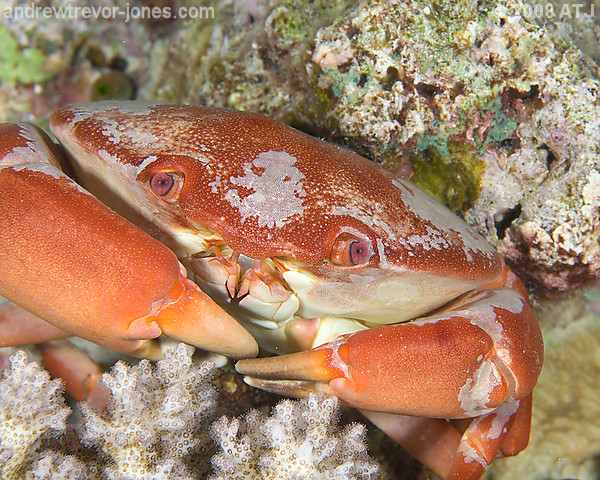 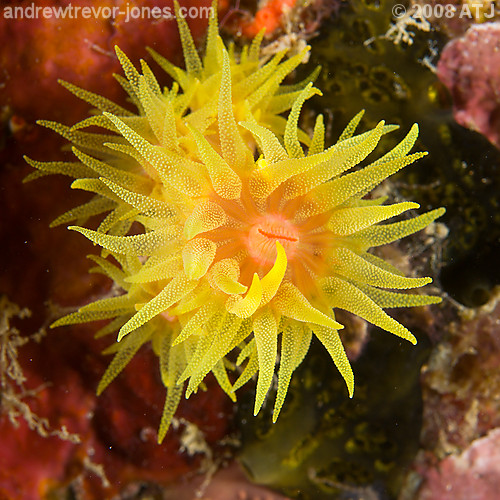 As mentioned above, the Nikkor 18-55mm f/3.5-5.6G ED II was used for eight of the dives. It is a pretty good performer, allowing for a wide range of subjects, from large sea fans down to small nudibranchs and various subject in between. 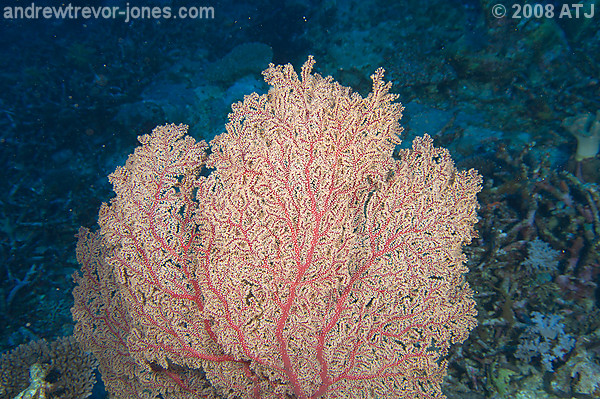 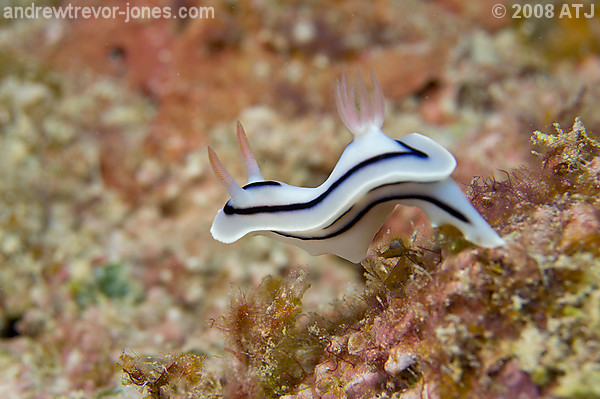 I have included only a small selection of the photographs taken during the trip. More will start to appear in my gallery. For a complete write-up of the trip, with more photographs, see Undersea Explorer - 16 to 22 August 2008 on my diving site.