I have been observing weedy seadragons, Phyllopteryx taeniolatus at Kurnell for a number of years. I frequently see males with eggs and they usually carry the eggs until they hatch. I often see males with the remnants of the eggs for a short time after hatching. I recently saw one male who had eggs on one day but two days later not only were the eggs gone but he had marks on his tail that suggested something had eaten the eggs.

In weedy seadragons, as with other syngnathids (seahorses, pipefish, pipehorses, seadragons), it is the male that carries the eggs until they hatch. Male weedy seadragons carry eggs on the underside of their tail.

The breeding season for weedy seadragons is June to January. I have seen males with eggs at Kurnell between July and February. Males carry the eggs until they hatch which is usually in 5 to 6 weeks (Forsgren and Lowe, 2006). Not all the eggs hatch at once and males are often seen with the remnants of eggs.

Eggs on the tail of a male weedy seadragon, P. taeniolatus, after some eggs have hatched. 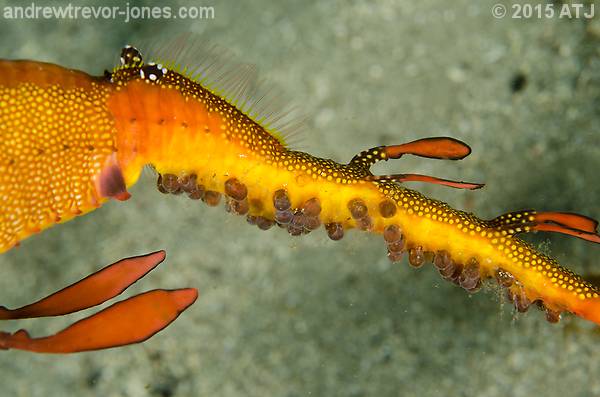 Remnants of eggs on the tail of a male weedy seadragon, P. taeniolatus. 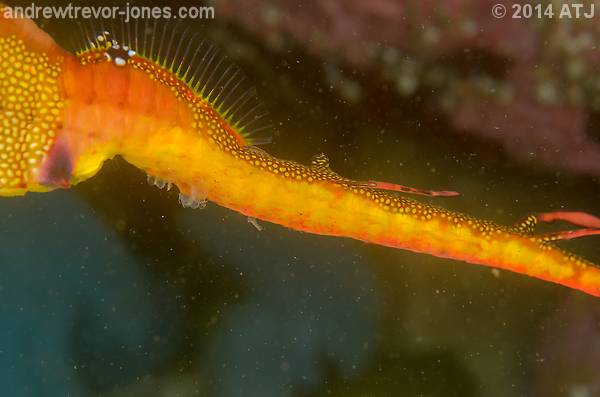 Remnants of eggs on the tail of a male weedy seadragon, P. taeniolatus.

On Saturday 3 October 2015, I saw a male with eggs. This was the first time I had seen this male (as identified by the spots on his snout) so I don't know how long he'd been carrying the eggs. It looks as though some eggs had already hatched. 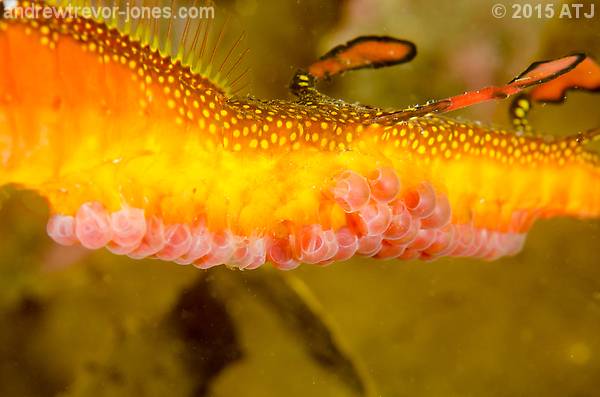 I saw the same male on Monday 5 October 2015. Not only were the eggs gone, but he had what looked like scars on his tail. 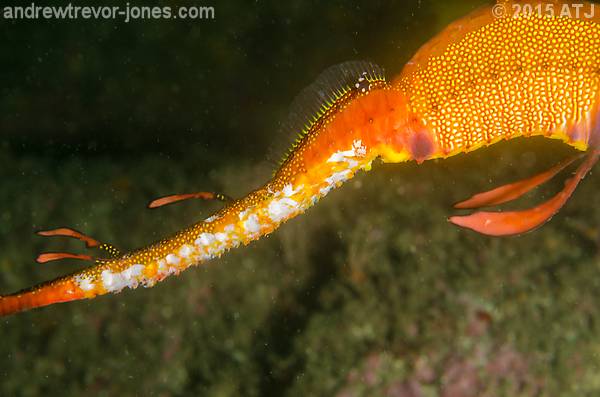 I can only speculate what happened to the eggs but I suspect they were eaten. I asked Mark McGrouther at the Australian Museum what the predator might have been and after consulting some of his colleagues has suggested that monacanthids (leatherjackets and filefish) to be the most likely suspect.

I guess I may never know what happened.