In December 2007, I made a softbox for use with my flash. It has worked extremely well and I have got some great photographs with nice soft lighting. The problem with the softbox is the shape means it is not easy to carry around (other than in use). After thinking about it for a while I realised it would be fairly easy to make a collapsable version which will squash flat and can easily fit into my pack.

The design is very simple and is basically a wire frame with a sheet of white paper on the front. For the wire I used a couple of coat hangers; the type you get from dry cleaners. The paper is simply a sheet of standard A4 printer paper trimmed slightly.

I made the collapsable softbox to approximate the same dimensions as the previous one. The screen is 210 x 210 millimetres. I used 840 millimetres of wire from one wire coat hanger to make the frame for the front. After first straightening out the coat hanger, I bent the wire into a square with each side being 210 millimetres long. The first 90ş bend was made at 105 mm from the start of the wire, the second, third and fourth were 210 mm from the previous bend and the fourth and last was also 105 mm from the end of the wire. This meant that I had a join in the middle of one of the sides. I secured the join with a short piece of heatshrink tubing, heated with a propane torch.

The sides of the softbox were made from two lengths of wire cut from a second wire coat-hanger. Each length was 380 millimetres long. On each length of wire two bends were made at 150 mm from each end of the wire. The bends are at around 120ş, enough to make the distance between the ends of the wire to be around 210 mm. Using needle nosed pliers, I bent the ends of the wire pieces into loops and fitted them to the frame for the screen. Note that the loops need to be bent a little sideways so they move freely around the frame. 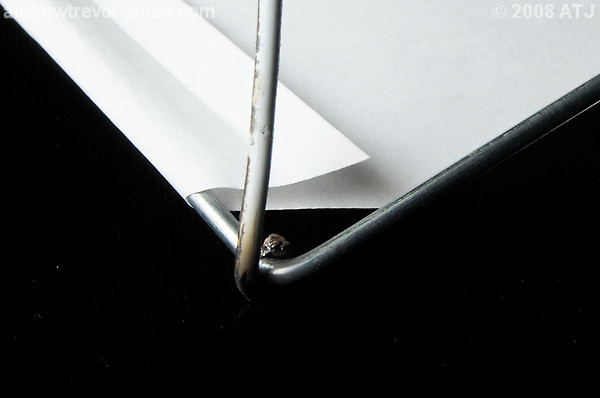 I cut two pieces of cardboard from a cereal packed around 70 x 60 mm in size and folded it around the base of the sides of the softbox. I stapled the folded cardboard so that it would stay on the wire base. I wrapped the cardboard and staples in tape to prevent the staples from scratching anything.

I trimmed a piece of A4 paper down to around 250 x 210 mm and folded then ends so that the piece would be 210 x 210 with folded ends of around 20 mm each. I cut the corners of the folded sheet off to clear the loops of the wire and fitted the sheet to the frame, securing the folded pieces to the back of the sheet with clear tape. 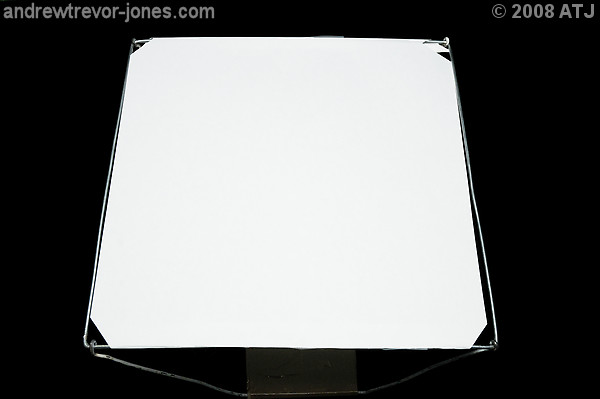 The softbox was now complete and could be attached to the flash head by putting the flaps of cardboard above and below the flash head and secured with a rubber band.

When not in use, the softbox can be collapsed flat. 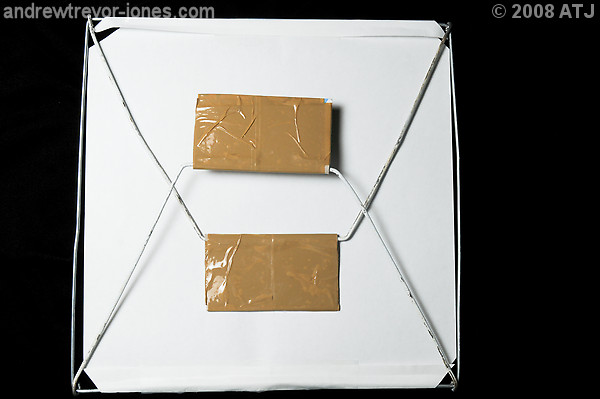 The results from the collapsable softbox are comparable to the previous version of the softbox. 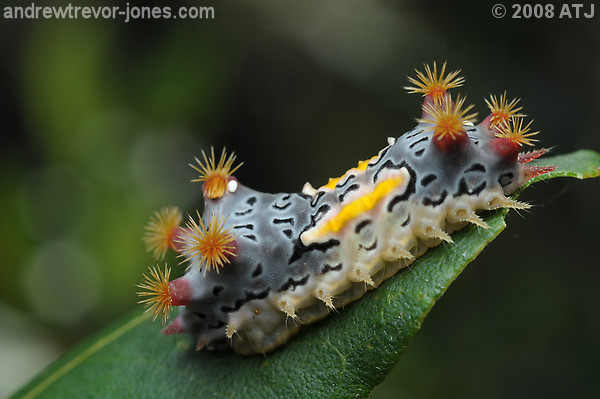