Port Jackson sharks are familiar to most divers in the Sydney area and are easy to identify - or are they? I had always been confident of correctly identifying a Port Jackson shark, Heterodontus portusjacksoni and while I was aware of a second species in the region, the crested horn shark, H. galeatus, I thought I would be able to tell them apart. After incorrectly identifying a crested horn shark as a Port Jackson shark in a recent dive log entry, Sue Newson of Crest Diving in Jervis Bay pointed out a rather simple method to tell these two species apart. Once shown this simple clue, telling them apart becomes remarkably easy.

The two species look very similar with the main difference in body shape being the ridges above the eyes. In H. portusjacksoni these ridges taper behind the eye along the top of the head. The eye ridge in H. galeatus drops at almost a right angle behind the eye. Sue points out an even easier way to tell the two species apart and that is by the body patterning above the pectoral fins. In H. portusjacksoni, there are three distinct dark lines which converge above the pectoral fin and form a triangular shape. The patterning in H. galeatus is much less distinct any lines are more like smudges. Looking at a photograph of each species makes it quite obvious. There is a third difference, although not very obvious: the anal and pectoral fins on H. galeatus tend to me more rounded. 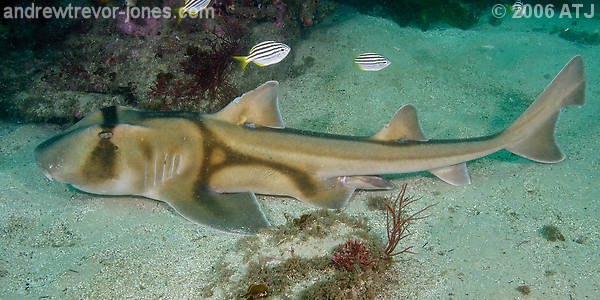 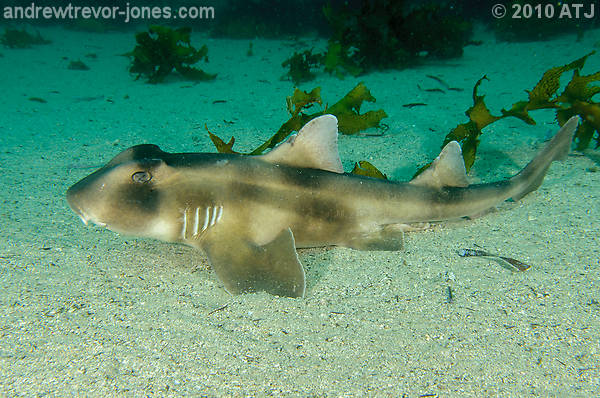 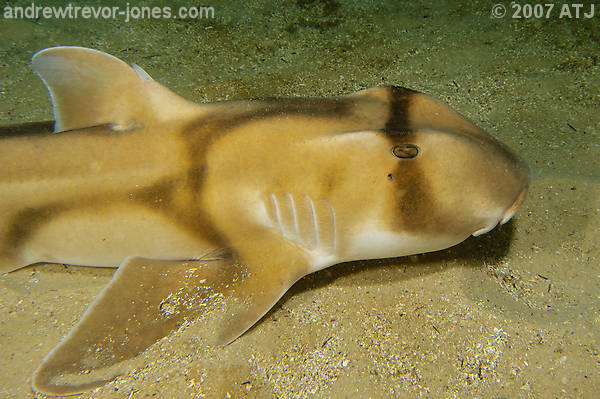 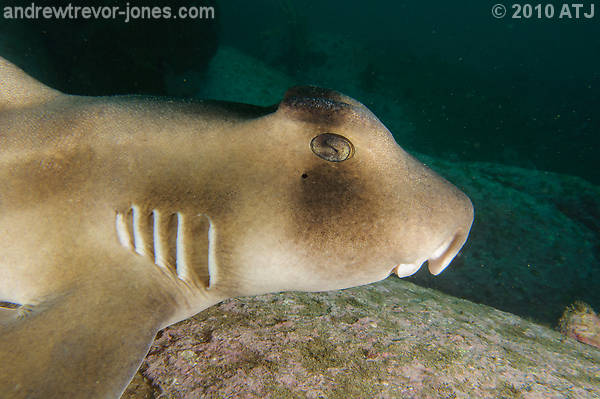 Crested horn shark, Heterodontus galeatus, at The Monument, Kurnell, showing the abrupt end to the eye ridge and less distinct patterning on the body.

Hopefully, the information and pictures here will make it easier for divers to distinguish the two species and we may learn that H. galeatus is not as rare as assumed.