I grew up in the leafy northern suburbs of Sydney (Australia). I've had some kind of interest in photography since I was very young. My dad was an avid amateur photographer and my brother, sisters and I all used to have box brownies. My dad also had his own darkroom and there are thousands of photographs from when we were kids. I also had a keen interest in animals and nature in general since I could walk. I remember while on holiday to Tasmania when I was in my early teens, climbing a tree with a Kodak Instamatic to get photographs of a tawny frogmouth.

At high school I had the opportunity to take some classes in photography. We learnt about various aspects of photography, including lighting, lenses, cameras and film. We even made our own pinhole cameras. Having a darkroom at home also meant I could continue to pursue the interest in my own time.

During high school my interest in nature also took me to the sea and I became very interested in all things marine. This lead to me studying marine biology at university and learning to dive. It also resulted in my first "real" camera being a Nikonos III - a fully waterproof camera made by Nikon - which I bought in 1980. 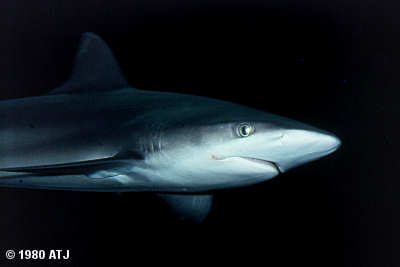 The camera itself was very primitive by today's standards being fully manual with no light meter at all. For underwater and indoor use I had a strobe, but for outdoor daylight use I had to approximate the exposure. I actually became very proficient at estimating the correct exposure using the "Sunny f/16 rule" - although I didn't know it was called that. To focus, I had to estimate the distance and then set the lens based on my guess. I came fairly good at this, too, although the smaller the depth of field, the more misses I would have. As I like to take a lot of photographs and Kodak's Ektachrome films were generally preferred for underwater use, I started buying my film in bulk, loading it into film canisters and also developing and mounting my own slides. Kodak's E6 processing was relatively easy and also meant that within a few hours of a dive with the camera I'd have the results of that dive. This was not as instant as digital photography, but still pretty good.

My first single lens reflex (SLR) camera was a second-hand Ricoh KR10 which I bought in 1983. 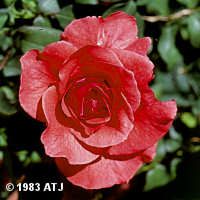 By now I was completely hooked on photography, in particular nature photography, and I was shooting on average one film per week.

In early 1985, I upgraded to a Pentax LX. This camera took the same lenses as the Ricoh but also had some useful features such as TTL flash control which I found very useful for macro photography. The only drawback with this camera was the relatively slow flash sync. speed of 1/60s which made the use of flash fill in daylight a little restrictive. After only 5 months and much deliberation, I bought my first Nikon SLR, the FE2. This camera boasted many similar features to the Pentax but had a flash sync. speed of 1/250s. I had a number of Tamron lenses which had interchangeable mounts which meant I could use the same lenses on both the Pentax and the Nikon. This gave me flexibility to use slower film (mainly Kodachrome 64) in the Pentax and faster film (like Kodachrome 200) in the Nikon. Additionally, I used Metz flashes which had adapters so they could be used with TTL (Through-The-Lens metering) on both makes of camera. The Pentax LX and Nikon FE2 served me well for over 5 years. In mid-1991, I upgraded to a Nikon F-801s and switched between the FE2 and F-801s. 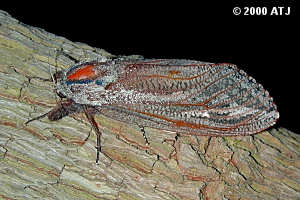 I loved the instancy of the digital camera but the images were quite small and I felt that the quality was still with film. I continued to use both digital and film pretty much right up until I purchased my first digital SLR.

I have kept up with my diving and I was still occasionally using the Nikonos III through until late 2002. I last used it on a dive trip to the Great Barrier Reef and Coral Sea in 2002. I had become so used to the near instant nature of digital photography, I was very frustrated with the Nikonos. I had to wait a week after getting home from the trip before finding out if any of my shots turned out. I also missed a lot of shots either through poor framing, poor exposure or poor focus. I vowed that before my next big trip, I'd go digital for underwater work.. In 2003, I bought a Nikon CoolPix 4500 and then an Ikelite housing and strobe for it. This was actually a pretty good combination which I used over the next 3 years for around 40 dives.

In February 2005, I bought my first digital SLR, a Nikon D70. I love this camera and have resisted the temptation to upgrade even though the viewfinder is a little small and the 5 autofocus points are somewhat limiting. I bought an underwater housing for the D70 in May 2006 and this has greatly improved the quality of my underwater photographs.

In December 2007, I upgraded to a Nikon D300. While the D70 is still a good camera, the D300 is a better package with an improved autofocus system with 51 autofocus points, a larger viewfinder, larger LCD and more megapixels. The latter is a big help for submitting images to Alamy and other stock libraries. In February 2008, I bought a Ikelite housing for the D300 and am getting some great shots from it after only a few dives.

For more information about me and activities, see my Blog. I also maintain sites for my diving: ATJ's Diving Site and my marine aquaria: ATJ's Marine Aquaria Site.